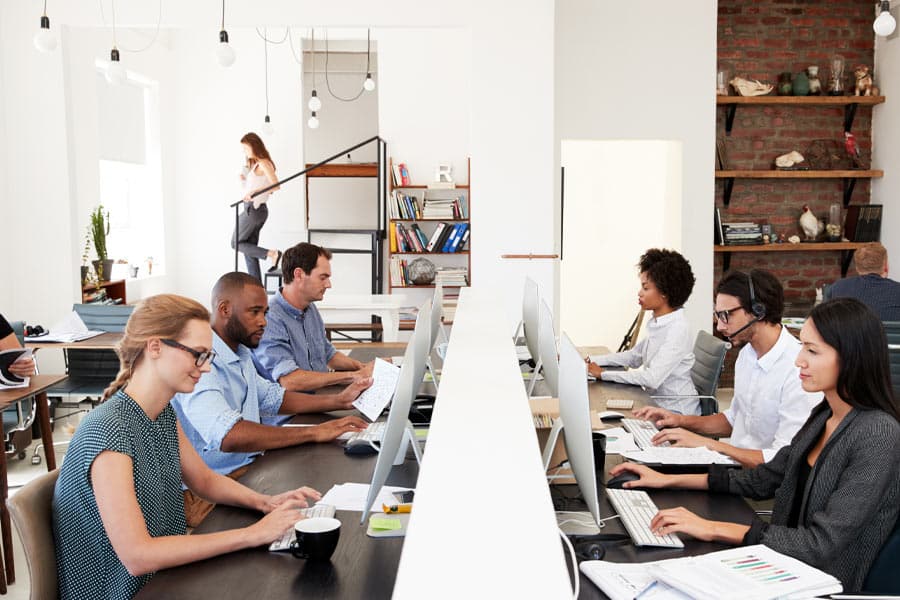 Within the language services business there are many different services offered. Common services are translating, transcription, editing and proofreading. All of these services go hand in hand and serve their place. Many people erroneously think that transcription and translation are the same thing and use their name interchangeably. We are here to help clear up that assumption because as we will find out, they are entirely different.

Transcription means (according to Merriam Webster): the act of making a written printed or typed copy of words that have been spoken. Translation on the other hand means: the act of changing one language into another language.

When we think of the two we think of a secretary trying to type up a dictated letter from her boss. She is trying to keep up with every spoken word he says and keeps the sentence structure, the words used and the copy exactly as it was spoken with no variation.

Another example is when a doctor turns on his tape recorder to record medical histories of his patients and then someone later transcribes those records into the patients’ files. They are not changed and are transcribed exactly as it was spoken. The spoken words become a written copy and usually remain in the same language.

Translation on the other hand is different. Works that have been translated usually end up with the same meaning as the original document, however, in a different language. The words, sentences and structure that are used to get to the end meaning may be quite different from the original source.

Another example would be going to a twelve-day seminar on finance and having twelve days’ worth of workshops, speeches and talks that you want to reference over and over again. A transcriber would take your recordings and transcribe them into written documents that can be read and referenced.

A translator would take these recordings and translate what was said into French, Spanish, or Turkish for your foreign friends that were there and couldn’t understand what was being said in English. CONTACT US FOR A TRANSLATION QUOTE

Transcribing has long been a profession for many. Take a look at our court systems. They employ a full-time transcriber that sits and types everything that is said by every person in the court room into a written document that does not deviate from exactness in the way the conversation and questioning progressed during the court room session.

Translators often take a piece and make it a new version in its description, or they transform it into a new piece of prose that can then go out and reach the masses. Think of the last time you saw a New York Times Best Seller book get translated into 135 different languages. You can bet that the translations are not an exact by the word copy of the original text. Language doesn’t work that way. We don’t say one word or phrase in English and have an exact copy of the same word or phrase in every language across the globe. Sometimes the word or phrase is longer or shorter or has to be padded-out with some additional words or phrasing to get to the end result of having the same meaning.

There is a huge need for both transcribers and translators. The global market for information and the exchange of information isn’t going anywhere or slowing down any time soon. Companies everywhere are looking to expand into new markets and need their product brochures and marketing materials translated. They demand expertise and high quality results. It’s become a competitive global market for these services.

Transcription services have blown up recently for transcriptions of recordings, podcasts and other classes for the hearing impaired. In what has become a market that hosts information overload, many companies are making transcriptions of their videos and talks for people to “read later” when they have time. They know people may read it later even though they don’t have time to sit through a 30-minute video right now. It’s a way to take their material and content with them and digest it at a later date that’s more convenient for the reader/watcher.

With the use of social media, foreign companies and filmmakers are able to get their content in front of new eyes as well thanks to the dedication of talented translators that have translated the video into other languages. I know I’ve stopped to watch a translated video more than once on social media, that I never would have seen if someone hadn’t translated it into English so that I could understand and enjoy the message of the clip.

These services aren’t going anywhere and are going to continue to grow. Though they relate, we’ve seen that they are vastly different but necessary to keep progressing us forward and to keep us connected globally. Read more about our different translation and transcription services.